If you’re an Amazon seller, Artem Martynyuk’s talk with James Yanyuk will answer your questions on using an Amazon repricer by Aura. This is an extremely valuable tool to help you increase sales by winning the Buy Box. Developed by an Amazon seller himself, Aura was custom-designed and tailored to your needs. Mr. Yanyuk spent months developing an Amazon repricer that is powered by machine learning and is 10x faster than any repricer! If you’re getting your inventory sent back because it doesn’t make sense to pay the high storage fees, you’re not selling enough! Aura can help change that. With an easy set up, you can start using Aura today! In fact, there’s a 14 day free trial! But if you’re hesitant and you’re still competing for the Buy Box, watch the full video:

With millions of content available online today and thousands of suggestions and selling material, this takes you back to basics: sell a lot. You already haver your product, which means you have your profit. When you’re making profit on a product, you just need to sell a lot to make a lot. Right? Right. This success can only be achieved by owning the Buy Box in the Amazon selling world and only a repricer can help you get there. Aura is a tool that is praised by many. Just see what people are saying in the Amazon FBA Wholesale Group.

Aura Amazon repricer provides incredibly helpful and advanced revenue analytics at your fingertips! Data that is designed to be presented in a motivating way to never cease growing. From winning the Buy Box to selling at a price that is the most profitable and aligned with your competition. Whether you’re a beginner or a veteran, Aura will take your Amazon business to the next level. Perhaps a level you never knew possible! This is the beautiful UI of Aura – the best Amazon repricer every Amazon seller should use:

Now if you’re still not sold, then we have a different problem. Sign up now! Aura – Amazon Repricer. 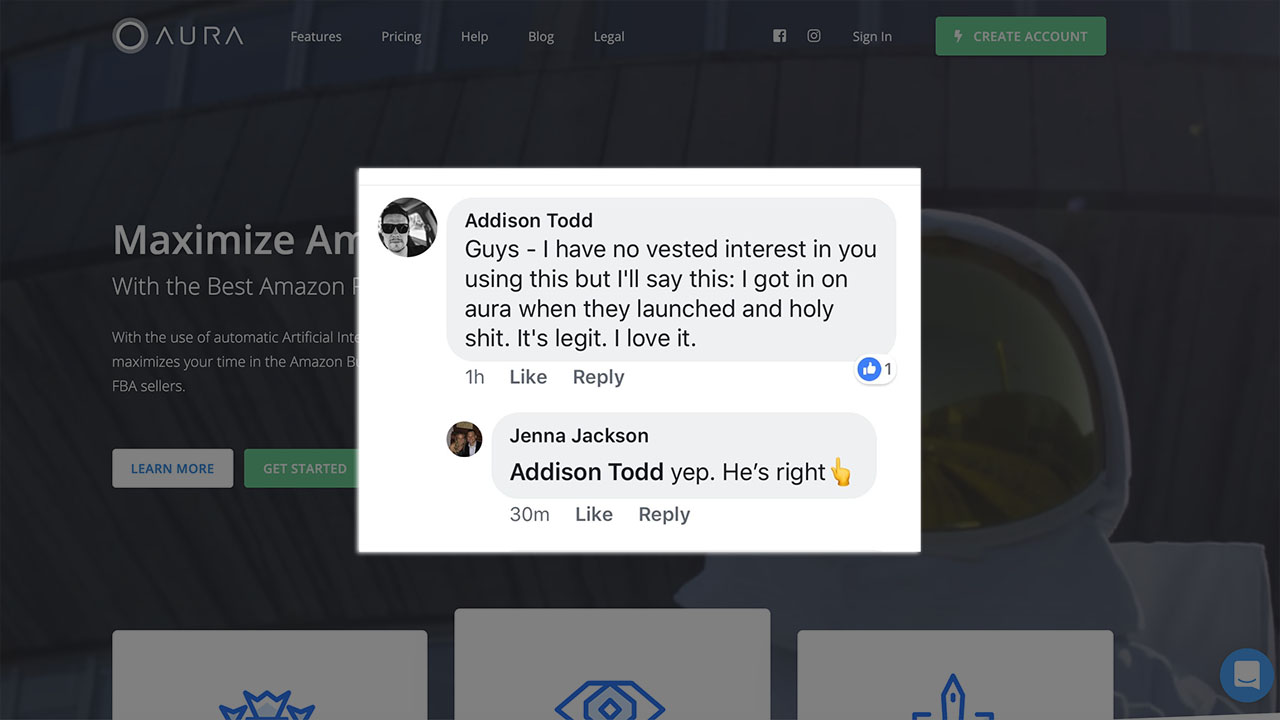